Recently the biggest weight loss craze has been detox cleanses and diets, however do they work? There’s nothing wrong with trying something new when it comes to being your healthiest, but going overboard with an impossible regiment won’t get you healthy or lasting results. It’s time to quit your diet vices and try a few of these expert tips to get back on track.

If you believe that artificial sweeteners contain no calories or sugar, you’re sadly mistaken. Studies have shown that regular intake of artificial sweeteners such aspartame (like diet sodas) might lead to weight gain, according to RD Rachel Beller, the founder of the Beller Nutritional Institute. Apparently, this can trigger our bodies to crave more sugar and sweets. The opposite of what we want with weight loss. Beller suggest you cut back gradually, “If you were using three packets in a cup of tea or coffee, for two weeks cut down to two packets, then cut down to just one packet for the next couple of weeks, and then only half a packet.” You can instead opt to use a natural sweetener like stevia or coconut crystals.

“Skipping meals may seem productive as a weight-loss solution, but in reality it is a major cause of weight gain,” remarks Beller. Doing so will only slow down your metabolism and also reinforces the belief that the world “owes you food.” Which only means you’ll take in way more calories after the fact. Maintain a regular eating habit of keeping healthy foods in the fridge – we know it sounds boring but it’s one of the healthiest things you can do for your body. Some healthy fixings you can stock up on that also taste good? Yogurt, peanut butter, and whole wheat bread or wraps.

Getting a good nights sleep is just as important as maintaining a healthy diet and exercising regularly, however thanks to societal pressures, that doesn’t happen often. A poor nights sleep is a leading cause of illness in our culture, or so Daphne Miller MD, family physician and author of The Jungle Effect: A Doctor Discovers the Healthiest Diets from Around the World — Why They Work and How to Bring Them Home, says. She suggest, “Consider a sleep reboot where you eliminate caffeine and alcohol, have a regular bedtime, avoid late meals, and ban TV, computer, and smartphone screens for at least two hours before bedtime.”

Back to basics, folks! Beller said, “Too often I have first-time patients come in to my office and line my desk with supplements. The problem is that they take supplements instead of protecting their bodies with whole foods.” Don’t spend all your money on expensive vitamins or “miracle drugs”, instead make sure your meals include antioxidant-rich vegetables and fruits. “Research has shown us that the absorption of antioxidants from foods is by far superior to what we get in supplement form,” Beller adds.

We know the urge to satisfy our sweet tooth can be overwhelming sometimes, however it’s time to substitute your bad choices for healthy ones. No, we’re not saying give up your cookies, cupcakes, and doughnuts cold turkey. But rather, opt to reach for something slight healthier that’ll still satisfy your craving. Beller recommends, “Recent research suggests that just a small amount of dark chocolate (with at least 70% cocoa content) helps curb both our sweet and salty cravings.” Otherwise you can also reach for a piece of fruit, sounds old fashioned but it’s a fantastic and healthy option! Miller notes you can add cinnamon instead of sugar to certain foods – not only will it control your blood sugar but it’ll hit that sweet spot. Add some cinnamon to plain yogurt, oatmeal, or even just a bit to your cup of coffee.

Getting Hooked on Cleanses

This one is a biggie! Your body doesn’t need any additional cleansing, our digestive systems can do the job on there own. “There is no evidence in favor of aggressive colon cleanses and enemas,” Miller says. Some traditional cultures do use a modified fat fast occasionally, “If you do these for a couple weeks spaced around the calendar year, they can help you control your weight and your cholesterol levels.” If you’d like to try your own modified fast then eliminate decadent foods such as sweets, red meat, and alcohol for a period of time. Additionally, fermented vegetables such as sauerkraut and kimchee can help re-balance the flora the good bacteria in your intestines. 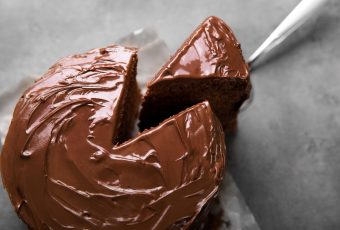 Homemade Chocolate Cake You Won’t Get Enough Of

Are you planning on making a nice dinner anytime soon? Maybe you’re going out to a friend’s house and need to bring a dessert? Either way,… 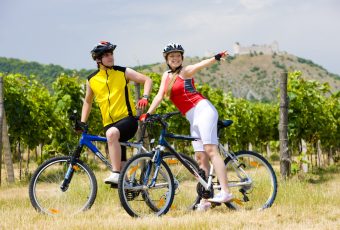 If you’re someone who isn’t the biggest fan of running, we’re here to tell you that you don’t have to be in order to lose weight….